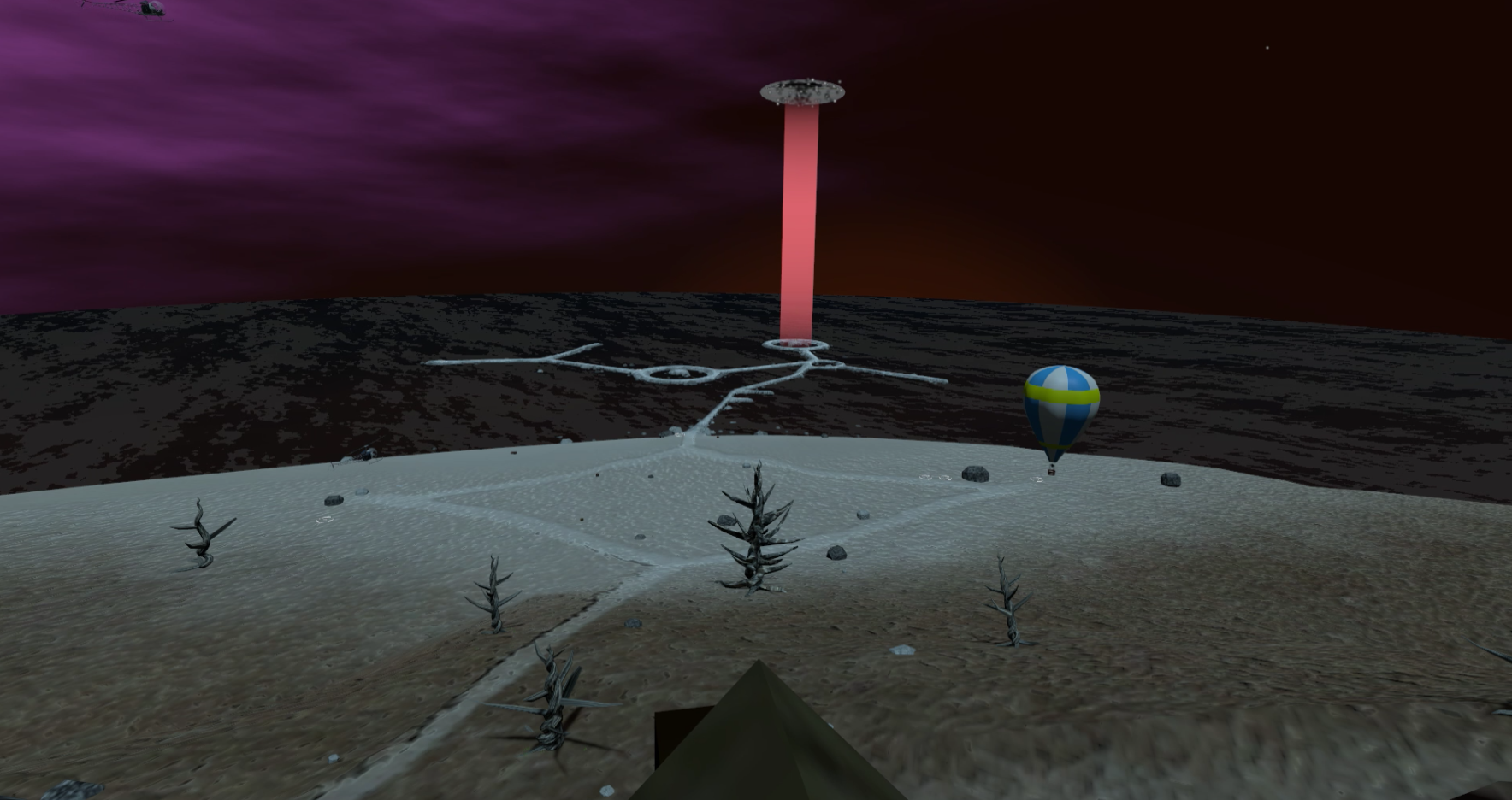 This work is the first work of the project “ASVR Project” which constructively considers a creative communication space provided by Social VR. This work is produced/published as a world of “VRChat”, one of the Social VR platforms, so anyone with a VRChat account, a VRHMD supported by VRChat, and a PC can connect to the Internet to experience it. Also, because it is produced as a cross-platform world, you can experience not only PC-based VRHMD but also standalone VRHMD, Oculus Quest.

In the late 1960s, American contemporary artists produced large-scale outdoor artworks in frontier areas. This art movement was called “Land art” or “Earthworks.” The movement criticized the commercialized art system and the theory of modernism, specifically museums and art galleries. Thus, these artists chose “frontier areas” far away from museums and galleries and produced artworks that emphasized elements such as “nature itself,” “magnificent scale,” and “entropy.” These are elements that are only available at the specific location of the work and cannot be captured within a museum or art gallery. However, it is difficult to actually appreciate such works.

Making artworks in frontier spaces, Robert Smithson, who is said to be the most important artist of this movement, developed a new imagination (a circuit of meaning of art works) that connects frontier areas and museums.Smithson called the frontier space where an artwork is made and the site-specific (constructed according to the characteristics of the place where it is installed) artwork itself as a “Site.” Also, Site elements, such as stones and sand, as well as photographs, maps, and museums which display works, are called “Non-Site.” These two concepts are dialectically integrated.
According to this perspective, a Non-Site is not just a copy or record of a Site, but constitutes “different fragments” of the work, and therefore the meaning of the work is generated as a representation that dynamically connects them.

Photographs have become common and due to the spread of the internet, it is now common to encounter “fragments” of an artwork in various ways before or after viewing an artwork. Furthermore, smartphones and social media, which enable such things, can be said to be today’s Non-Site. In other words, it can be said that the meaning circuit discovered by Smithson has become more complicated in the present moment through media and devices, not artists and museums.
Moreover, we believe that the reality created by the body after VR, which connects the current cyberspace—which we call “VR-Site”—and the real world, has already formed many new meaning circuits.
We coined this experience to explore the new meaning circuit by the VR-Site while also thinking about the sense of being alive generated through the site-specificity of the VR-Site that is interwoven with the relationship between the body, VR-Site, and the real world.

In this work, in VR Chat that can be said to be the current frontier, we dared to create a Site place, a Site work that is “the mysterious structure,” a Non-Site space (art gallery), and Non-Site works which include photographs and installation pieces. However, we should refer to “Site” and “Non-Site” as “Site(VR)” and “Non-Site (VR),” as they are constructed in VR space (see Figure 3). Also, we included an interaction that is intended to be the one of the site-specificity of VRChat, “surreal see-saw relationships.
The various experiences provided by the mysterious structure (mountain-climbing, helicopter ride, hot-air balloon ride, and gallery appreciation) are aimed at amplifying a sense of agency.
In addition, the surreal experiences (geyser eruption, abduction, near-death experiences, the editing room of the work that is meta-space where the VR-Site and the real world intersect) are aimed at reducing the sense of agency in order to amplify a surreal feeling of being alive. 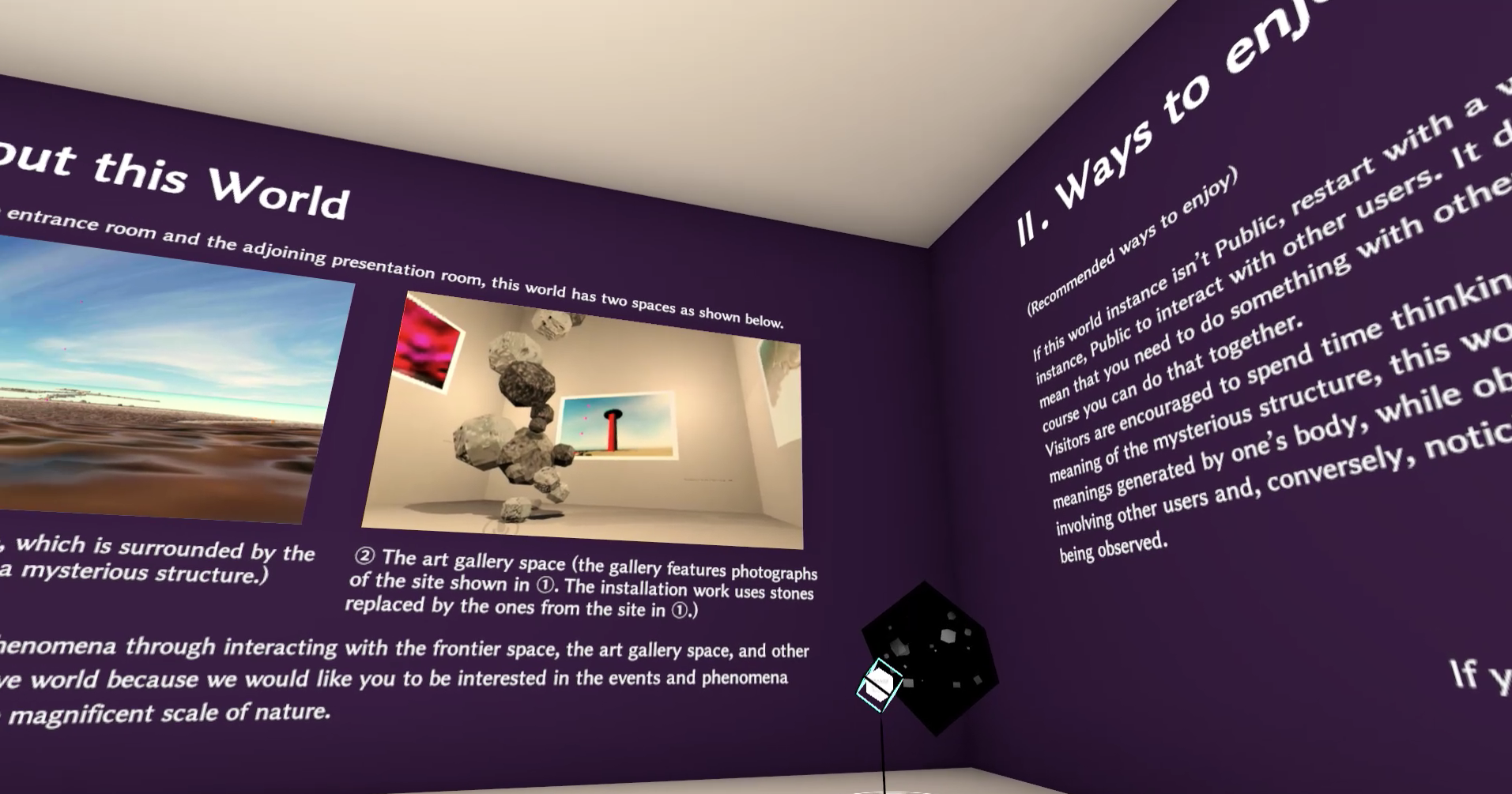 Figure 1. Entrance of the world. Described a brief description of the work experience. 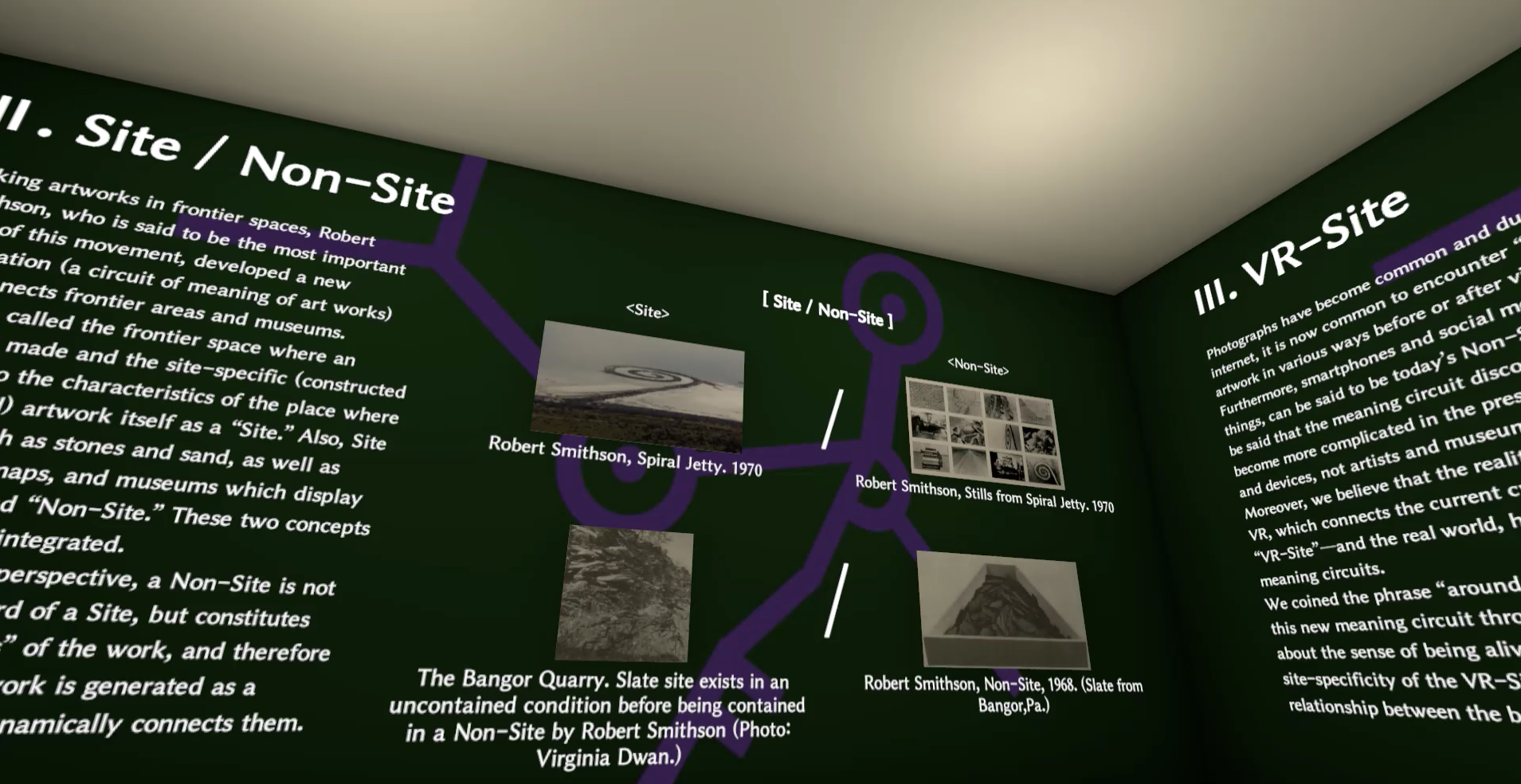 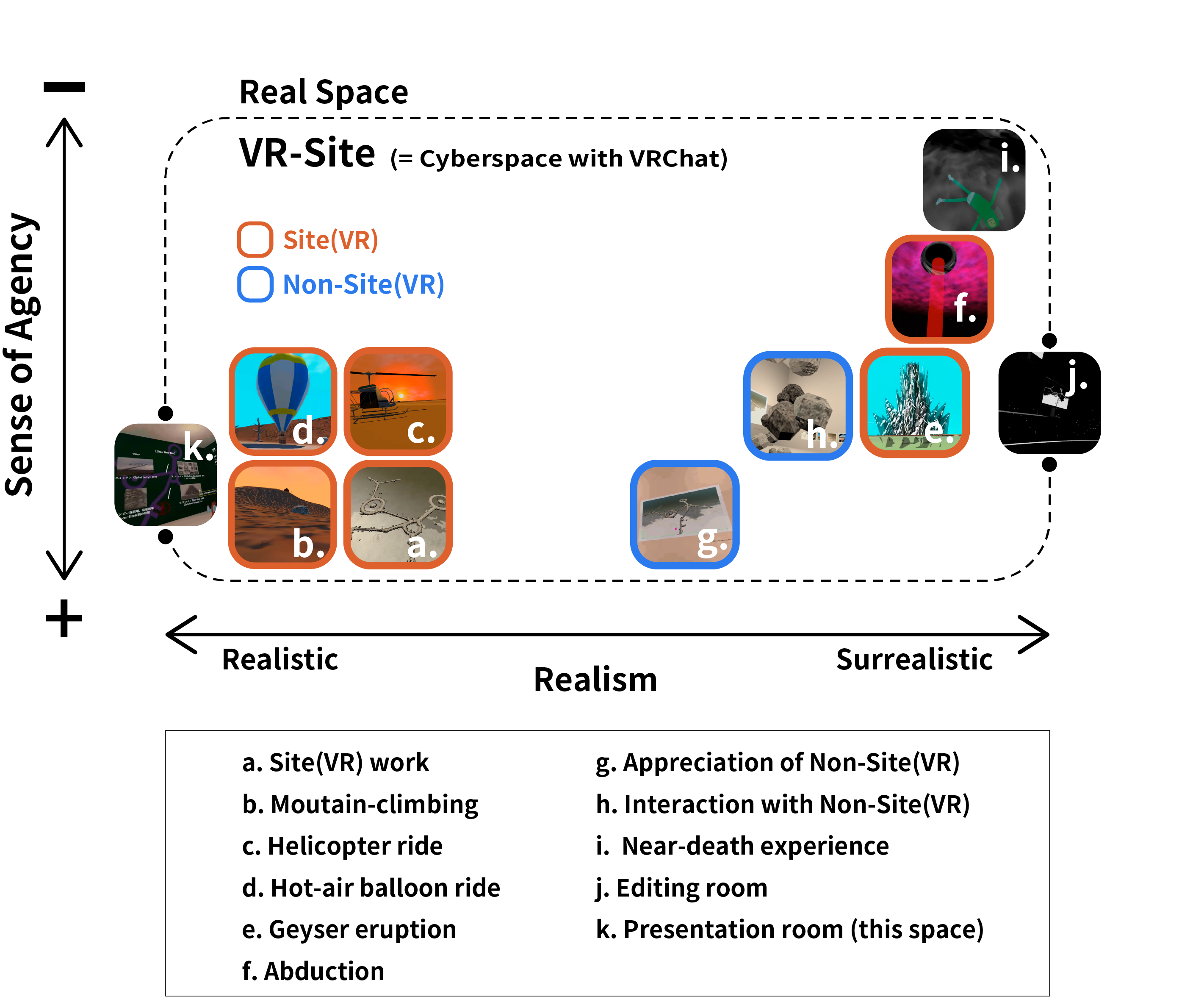 Figure 3. Event mapping of the work. 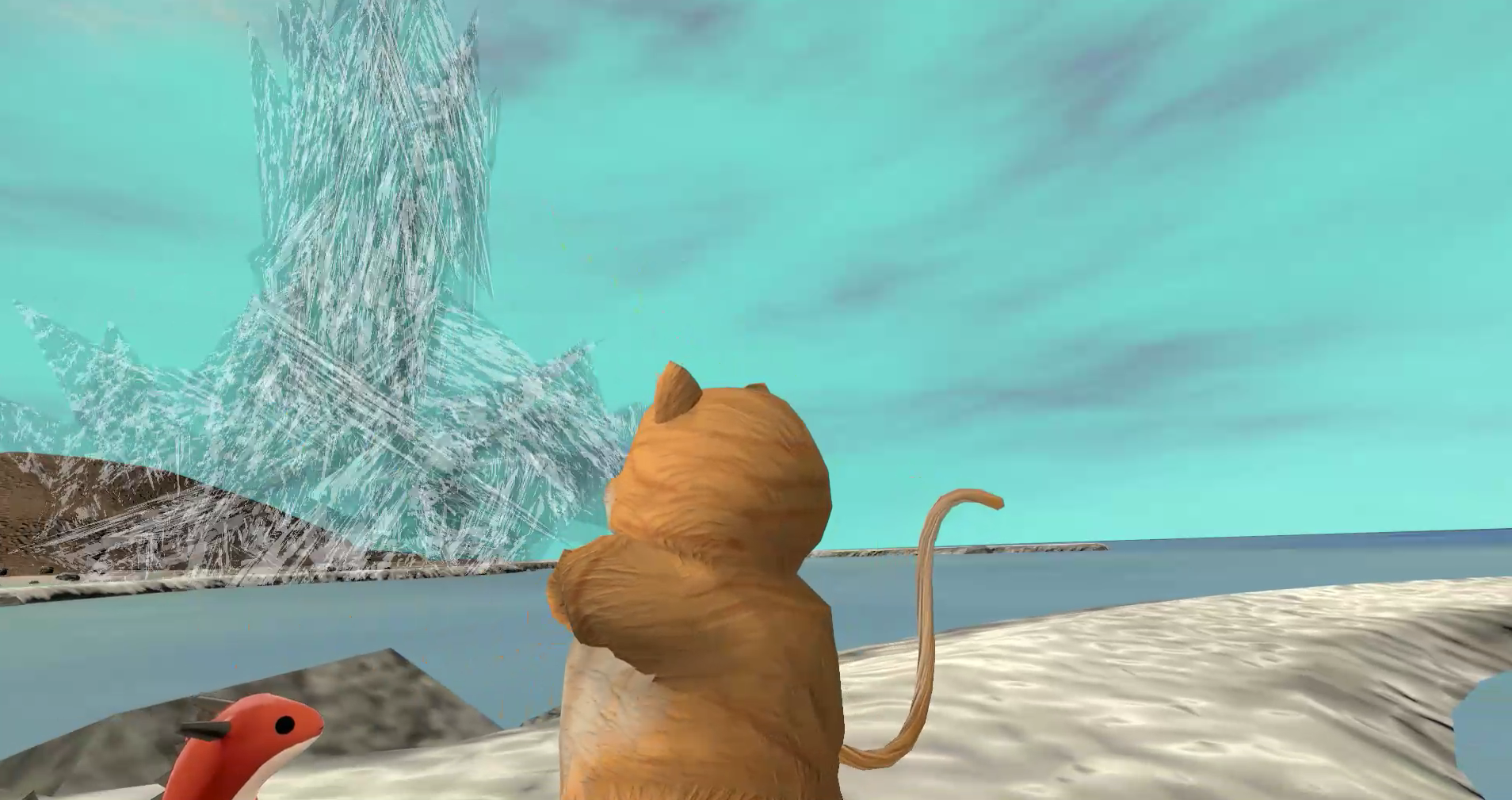 Figure 5. Launch site of the work.